Wrist watches and pocket watches are items that Veron values on a regular basis.

Each watch has a unique history and are often passed down through the generations as a family heirloom carrying with them much sentimental importance. It is important to get watches examined and valued accurately - and paperwork is highly important should you have any. 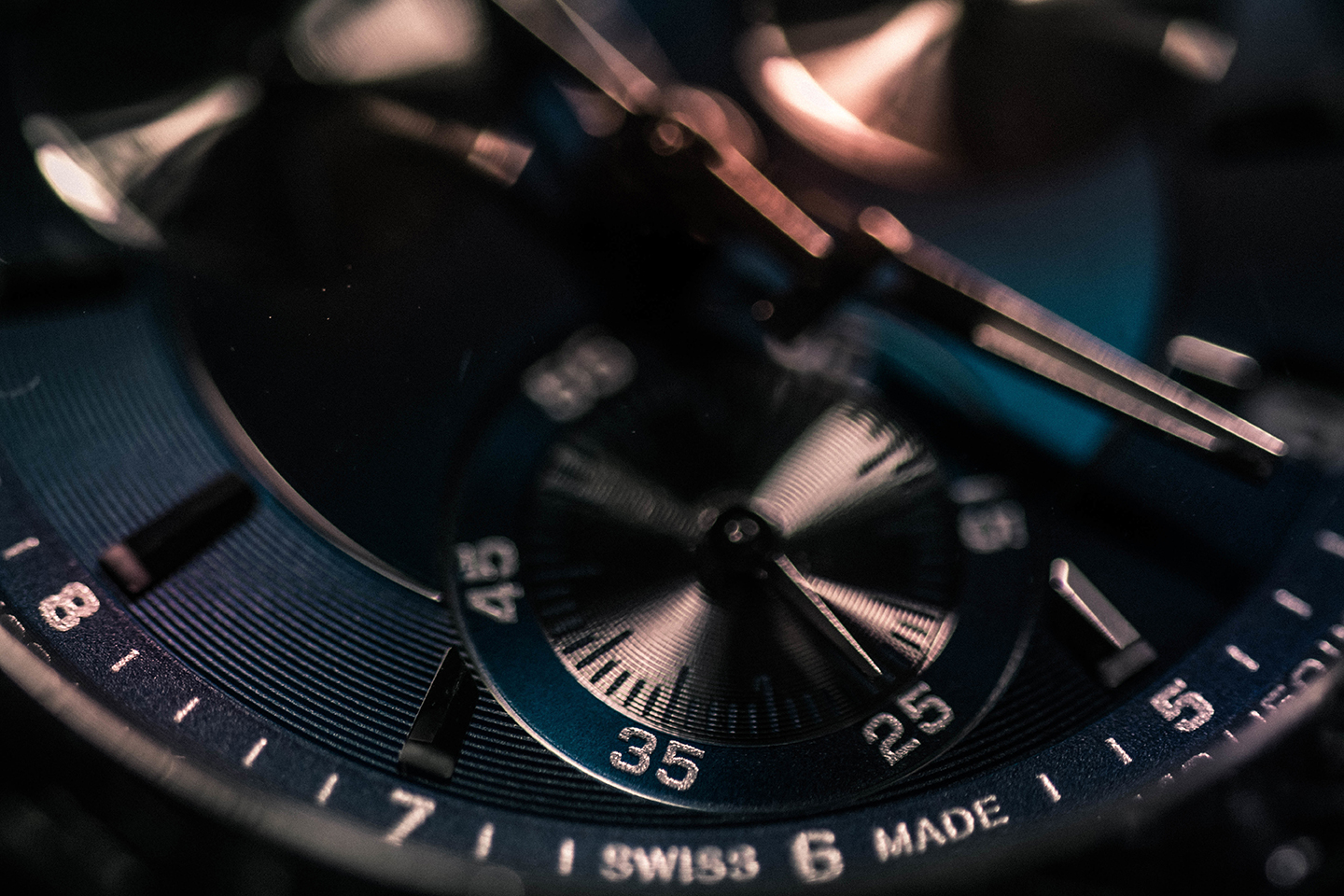 Find out what your Watch is Worth

When valuing watches there are several points to consider that can effect its value. For example the brand, it's age, what the watch is made from e.g. gold, platinum, if it contains diamonds etc.

There are several very well established brands that many people will be familiar with for example: Rolex, Cartier, Patek Philippe, Audemars Piguet, Vacheron Constantin & Omega. From time to time people are concerned if the watch in their possession is genuine - if a watch carries with it good provience (i.e the paperwork) it is easier to prove that it's authentic. Vernon will happily examine your watch and provide a free valuation for either a present sale or current market value. In some circumstances the value of watches can be reduced if they are badly damaged or are in poor condition.

The year that a watch was produced affects it value, especially when considered in conjunction with the brand for example an early Patek Philippe watch can command exceptional value. Establishing the age of a watch is normally relatively simple as there have been many watch makers which have come and gone over the years which were operational for only a short period, or particular styles were only produced briefly. Occassionally it is difficult to establish the age of a watch as certain styles have been reproduced over the years and there are many fakes on the market. Many important watches carry serial numbers which can be used to trace the year the watch was manufactured. Also by opening up the watch and studying the movement a lot can be discovered about the age of the watch based on the techinical developments and advancements over time.

What a watch is made of is, of course, a key element to the intrinsic value of the item. A 22 carat gold or platinum watch with good quality diamonds will naturally carry more value than an item made of a lesser metal.

Many watches were made for general service by twelve different makers for the MOD. Thousands were issued with the makers names being Jaeger-le-Coultre, Longines, Veretx, Omega, Record, Buern, Eterna, Timor, Cyma, Grana, Lemania & International Watch Co. These watch makers were affectionly known as the 'dirty dozen'. The Grana, manufactured by Kurth Frers, was made specifically to MOD specifications and is reported to be the rarest of the dozen.

A few examples of valuable watches

Omega Seamasters of militry issue are important as are Rolex Daytona, also Rolex militry issue Submarina and 1960's watches such as the Heuer Autavia (which was issued in 1962).

Vernon Ward is a very professional gentleman , who understands both his customers and their valuation requirements. When asked about a valuation for my gold Rolex submariner watch, their advice was excellent, I could not have been more pleased . I heartily recommend this company , for reliable and honest valuations.

"Incredible service from Vernon Ward. Several months ago I contacted Vernon to value a plethora of fine, varied antiques – gold watches, elaborate clocks, oil paintings, and period furniture – and to advise on their saleability. Living in a distant Scottish island proved no problem for Vernon, whose guidance and patience in assisting me resulted in an excellent outcome, potentially saving thousands of pounds of charges I would have incurred had I used the likes of established outlets such as Sotheby’s or Christie’s. I know this to be the case having checked the charges they would have placed on assessing my antiques.Vernon’s service was exemplary and his commission extremely reasonable. He gave freely of his time over a long period, and his knowledge was faultless. Anyone with interesting antiques would do well contacting Vernon Ward Antique Valuers first and foremost."

Vernon is a credit to his profession

"After contacting various experts for diamond jewellery, gold watches and pocket watches that I had inherited, I chose Vernon and he achieved excellent prices on all - far higher than other quotes. He was always punctual for the meetings held at the Bank, where the items were deposited. Vernon is a credit to his profession. Exceptional service."

The valuations and prices we received were above other jewellers’ offers, the execution of the sale was faultless

I have to say that we are delighted with the service we have received from Vernon Ward, we found him on Google and were impressed by the reviews. But reviews alone don’t tell the whole story. We were looking to have “valued for sale” our collection of gold and diamond bracelets, gold pocket and wrist watches and other items of gold jewellery. Meeting Vernon Ward was an absolute delight. He is personable, professional and very enthusiastic about his vocation of selling jewellery for private individuals. The valuations and prices we received were above other jewellers’ offers, the execution of the sale was faultless and well within the ten days quoted. His commission rate is very reasonable and exactly as quoted. I have already recommended Vernon to friends and will continue to do so. It is rare to find someone who you can empathise with so quickly and frankly, trust implicitly. Highly recommended.

We had a large collection of important pieces and were wondering where to start with valuation with a view to sale. Vernon listened to our dilemma and explained that with such pieces all would need researching thoroughly as a first step before a private sale. Vernon carried out magnificent research on these items which took a whole week of his time and at no charge! We were amazed by this but he had set himself the task and he kept his word. His findings were completed and were faultless (having had dealings with auction houses in the past, where we have sold similar pieces, no such research was undertaken and in such detail as that carried out by Vernon). The report from Vernon crystallised our thinking and enabled us to make a decision on keeping or selling part or all of the collection. The service my husband and I received was invaluable and I don’t know of any professional body of experts who would have undertaken such a research task without a fee. Thank you so much!

Incredible service that I would highly recommend!

Incredible service that I would highly recommend! It’s not often I leave reviews, but it just had to be done in this case. I contacted Vernon about an antique watch after I had reached a dead end with my own research. From the first time we spoke Vernon was great; friendly, professional and went above and beyond to help, for no charge. He invested his own time to further my knowledge and kept me informed throughout every step of the process. Vernon’s expert advice combined with the impeccable service he offers mean I will definitely be doing business with Vernon again, and you should too.

I recently got in touch with Vernon regarding a valuation of a watch in my possession. I did not have much luck researching the watch myself and Vernon got back to me within a couple days with some really great, enlightening information. He was professional, friendly and gave fantastic service, for which I am extremely grateful. It is clear that Vernon is incredibly knowledgeable but also passionate about what he does and its evident he cares for his customers as he spent hours researching my watch over the weekend. I cant thank him enough and would highly recommend Vernon's services. 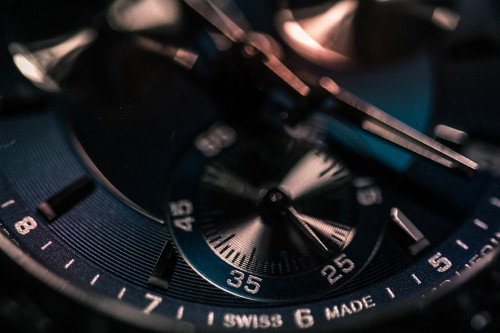 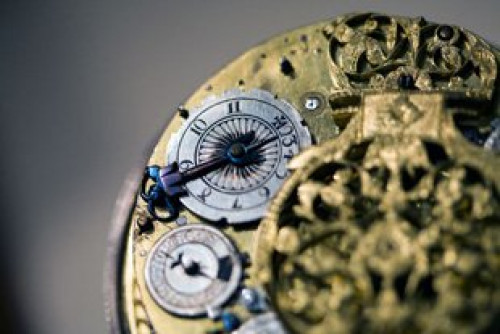 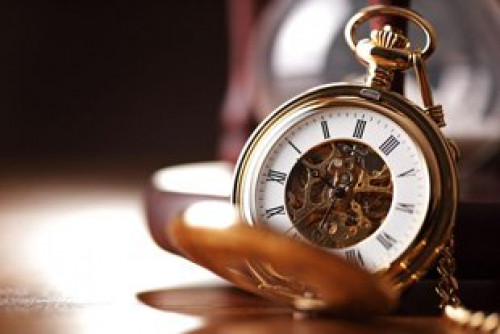 A version of the pocket watch was first developed during the 16th century and this continued to evolve as the mechanisms were refined and the size reduced, during the 19 cetury pocket watches started to gain popularity and there are many examples of gold pocket watches encrusted with diamonds and other jewels.

Some of the coveted pocket watch makers that are worth mentioning are Heuer, Minerva, LeCoultre & Cie & Ulysse Nardin.

Examples of watches that are requested by private collectors/buyers