The influence of the arts and craft movement in jewellery

During the last quarter of the 19th century, Jewellery started to change from the traditional Victorian styles. A new ‘modern’ genre was emerging with the influence of William Morris décor and designs. 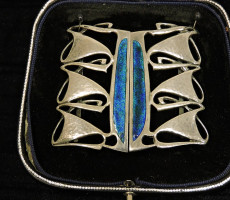 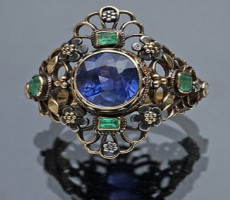 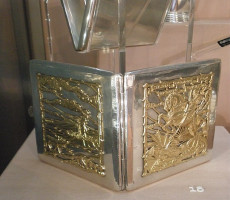 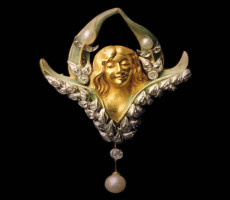 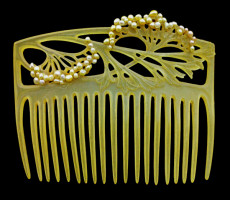 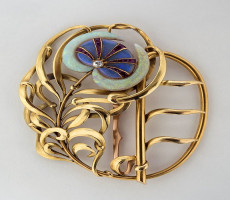 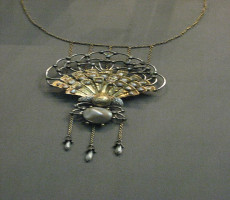 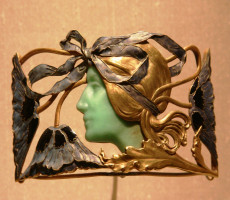 It was 1875 and The Art and Craft movement 1875-1919 had arrived, with many artisan guilds spawning specialist jewellery designers who produced, quite often one off pieces of jewellery. These specialist arts and craft ateliers were influenced by works from the Middle-ages and renaissance art, they often used the same hand crafted techniques from those times.

The use of metal, silver, gold, ivory and tortoiseshell to produce a medieval style for pendants, brooches, rings along with hair combs, hair decorations and belt buckles.  Paintings in enamel of medieval people, buildings or scenery, mounted in silver or gold with rubies, diamonds or pearls along with Celtic designs applied to the silver was all part of this medieval revival. The Bromgrove Guild of applied art and The Guild of Handicraft produced fine examples.

Famous designers to emerge using these medieval styles were Omar Ramsden and Arthur J Gaskin 1862-1928 who started out as an illustrator, then a silversmith and became one of the best art and craft jewellers. Arthur Gaskin together with his wife, who was also a jewellery designer who specialised in enamelling both went on to  work for the  London store, famous for it’s jewellery and decorative objects Liberty & Co.

LIBERTY & CO opened in London in 1875 initially selling just decorative works from the Far East but by the end of the 1890s they started selling Silver and Jewellery called ‘Cymric’ and pewter works known as ‘Tudric’. They copied German manufacture methods and could produce hundreds of items. The jewellery was inspired by the work of Archibald Knox. Eventually he became the Liberty & co premier jewellery designer famous for his beautiful often hammered silver and gold Celtic influenced jewellery often set with precious stones or turquoise along with Jessie M King who designed some of the most beautiful Celtic style silver buckles.

ART NOUVEAU was the new French design style of furniture, interiors, object d’art and jewellery.  It originated in Belgium during the 1890’s.  The jewellery designers were inspired by nature and often used insects, foliage, curved shapes and the female form in their designs.  There were many Art Nouveau jewellery designers, but probably the most famous was Rene`Lalique, he had designed for Cartier and Boucheron among others in Paris.  A trained silversmith and glass maker.  He became known for his works depicting ladies with flowing hair, nudes and dragonfly wing designs in brooches and pendants but eventually concentrated on his renowned glass making of vases, perfume bottles, car mascots etc.

The Danish silversmith Georg Jenson began to copy the french style and often used the dragonfly motive in his designs.  He also liked to decorate his modern pieces with cabochon amber, opal or amethyst. Other famous names to influence in Paris were

George Fouquet   who created jewellery featuring, flowers and symmetrical foliage, also Henri Verer a leading specialist in art nouveau Both men had inherited their family Paris jewellery establishments. Fouguet designed the famous snake bracelet for the actress of the day Sarah Bernhardt who had also helped Lalique get initial recognition as the designer of her stage jewellery.

There are many collectors of Art Nouveau and Art and Craft jewellery, obviously works by the top designers fetch high prices but because many pieces were copies ‘in the style of ‘ they can be bought very reasonably and can still be appreciated by everyone today.

I couldn’t have asked for better - a superb outcome, thank you Vernon!

I took a collection of jewellery to Vernon for valuation and sale. His service and professionalism was exceptional. He took the time to explain clearly how he valued my items with no pressure for me to decide there and then if I wanted his help to sell them. He encouraged me to go away and think about it (which I did before returning a couple of days later). He then successfully found a buyer and sold my items for the higher end of the price he stated all within 10 days as promised. I couldn’t have asked for better - a superb outcome, thank you Vernon! The premises are also extremely covid secure. I will definitely be returning in the future.

I contacted Vernon for valuation advice of an antique heirloom. It was an unusual item but, without hesitation, Vernon applied his years of experience to finding the most appropriate buyer outlet for me. After a few days he came back with his findings, having locating the right private collectors for me to contact. Vernon did all this for no charge, despite the time and effort he had taken, using his knowledge and contacts gleaned over many years. It is so refreshing to find a genuinely helpful professional of this calibre. Vernon is a lovely man to chat with and I thoroughly recommend him.