Cartier Jewellery, Cartier Watches and objets d'art. Reading from my book collection of the family Cartier jewellery and its history is immense in the journey of arguably the worlds greatest designers and manufacturers of jewellery, watches and objets d’art, from its conception in Paris where Louis-Francois Cartier established his first shop, albeit a modest shop in Paris in 1847, to what it has become today is nothing short of remarkable. I don’t use the internet for research, being old fashioned in my outlook. I am ‘old school’ that enjoys holding the book and turning the pages to read. There is so much more that I will be adding to the Cartier story as it is so richly deserved. Their style of jewellery whether it be fabulous diamond tiaras, sapphire and diamond necklaces and bracelets to exquisite pearl and gold jewellery to the art deco period. The fabulous gold vanity cases with enamel, made up of lapis lazuli with rose cut borders, to the wrist watches ranging from the Cartier tank wristwatch, to the 'panthere ruban' diamond and gold wristwatches, pendant watches to the beautiful clocks. The models and designs are awe-inspiring, not to mention the volume of clientele that chose Cartier jewellery. Also extremely important were the designs by the Cartier family travelling to different countries to achieve their great skills, including the Russian style executed in carved hard stone or enamel gold. As an example, when Faberge closed his London shop in 1917 many of the clients were clients of Cartier also – such was the fashion of Cartier jewellery.  I am available to look at single items or complete collections. 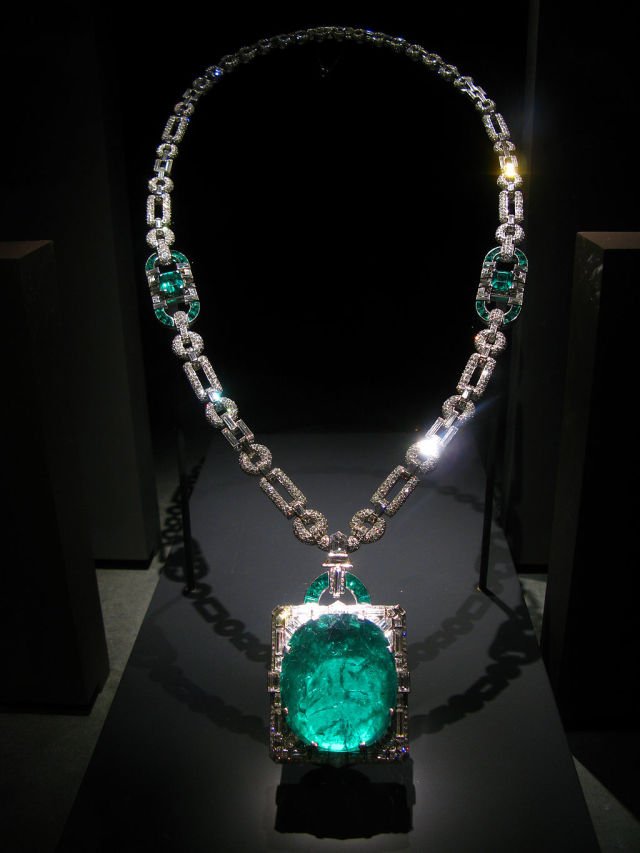 Louis-Francois Cartier established his first shop in Paris in 1847 and within half a century Cartier jewellery and the name were adorning the world's market in fine jewellery. Commissions from royalty were welcomed and in the years between 1904 – 1939 the Cartier firm received no less than 15 letters from various households, from those of King Edward VII to King Paramindr Maha Chulalonkorn of Siam to the very court of King Zog of Albania. In fact as an example the King of Siam wished to see various jewellery Cartier had on offer. A Cartier assistant went to the safe and brought out an exquisite collection of diamond bracelets and various Cartier Jewellery of high value, but the king was not impressed at what he viewed, so the assistant went back to the safe and brought out another tray for the kings inspection, which included the costliest and rarest diamonds and rings. The king looked and said to the assistant (though his interpreter) “his majesty has chosen this one”, “which piece?” asked the assistant, the reply came back “the whole tray!” and the king became the owner of diamond jewellery and bracelets etc. to the value of $450,000.

Cartier jewellery clients, had one thing in common – unlimited wealth, which by way of stock and today's standards Cartier still keeps a costly range of gemstones, for reference, in December 1933 Cartier had the most precious square diamond in the world called the ‘Porter Rhodes’ Diamond and weighing in at 73 carats, once cut, to 56.60 carats. During the Art Deco period (1920s-30s) Cartier jewellery set the style in Haute Couture and around 1930’s no piece of jewellery was too insignificant to be enriched by the Cartier treatment. In 1933, Cartier showed a trophy made from platinum and crystal at an exhibition in Chicago called the ‘Century of Progress Exhibition’ which was the largest piece of platinum ever worked by a jeweller, and again in 1935 a liner called Normadie set sail on it's maiden voyage and to commemorate this special event one of the elite passengers on board was the wife of the French president and she was presented with a Cartier cigarette box which incorporated a clock together with the ships route engraved on the lid.

In 1953 Queen Elizabeth – the queen mother received a tiara from Cartier’s and the story I personally love is that of Princess Marina – the Duchess of Kent who regarded her tiara as a nuisance and in the evening gave it to the band leader, called Tommy Kinsman, complaining it was too heavy! To which Kinsman placed the tiara on the piano while the royal duchess danced the night away.

One of the most well known stories of Cartier jewellery was a 69.2 carat diamond drop associated with Elizabeth Taylor, in 1969 this centre piece turned up for auction in New York at that time it was the 56th largest cut diamond in the world, it was shown to Miss Taylor but Cartier’s outbid all rivals on the night and just four days later it was sold on to Richard Burton  for in excess of £1 million and to this day it is still known as the “Cartier or Taylor/Burton” Diamond. 1972 Cartier’s witnessed the birth of – ‘Les Must de Cartier’ which became a worldwide marketing concept, selling high fashion jewellery together with gifts carrying the name of Cartier to every country on earth.

Following a valuation for three pieces of Cartier Jewellery, I undertook at one of my antique road show valuation days (in the mid 90’s) the couple informed me that they had a collection of Cartier diamond rings, brooches and other Cartier pieces which they held in a bank where they lived in Switzerland, and impressed at the valuations I placed on their Cartier pieces, they asked if I could visit them at their home (being Switzerland), where they wanted me to value (with a view to selling) their Cartier jewellery, watches and objet d’art which I told them I would be happy to oblige.The date was set for approximately 6 months later, however,  rather than going for just one appointment, I decided to do an advertising campaign in the papers in Zurich, the date and time was scheduled to meet my clients which fitted perfectly with my advertising and after arriving at my hotel I had also arranged in advance to have a conference room booked at the hotel for three evaluation days, and arriving at the foyer I was delighted to see my name highlighted on the conference noticeboard stating 'Vernon Ward Antique Roadshow Valuation Days'. I was picked up by my clients on the appointed day and after an hour's drive though the beautiful villages, I arrived at their private estate where I spent a lovely afternoon in their grounds where they proceeded to show me their collection which consisted of a Cartier Emerald and diamond ring, a pair of cufflinks set in platinum with sapphire and diamond surround, a Cartier Belle Epoque enamel and agate desk clock and a yellow gold sapphire diamond clip brooch, a Cartier platinum and diamond solitaire ring signed by Cartier, Paris together with a Cartier Gold 'Panthère Ruban' ladies wristwatch. A figure was agreed upon and a  'contract of sale' was opened up. On returning to my hotel during that week, the valuation days were also great fun and extremely busy and I met some wonderful clients some of which I still keep in touch with to this day.

"Approximately 20 years ago my father visited Vernon Ward at one of his antique road shows and was impressed with what he learnt, he later instructed Vernon to sell some antiques, silverware, jewellery, etc; he was delighted with the proceeds of the sale. During that time and often afterwards my father spoke to me about Vernon, who he held in high esteem, as a person who likes to do things properly in his field of work. Twenty years on and Vernon has just finalised a sale of antiques and jewellery for us that my late father left to me, he realised excellent prices on all pieces; twenty years on his business insight and acumen has not diminished at all. No other extra charges were incurred, other than the 10% commission which has always been Vernon’s rate going back to my father’s time. Within ten days the sale report, receipt and monies were safely delivered to our house, well done, we would never have realised the figures you achieved had we placed our goods in an open auction. With our experience we would not hesitate to recommend Vernon Ward’s distinctive methods in placing items for the quick sale of unique objects. Exceptional service, many thanks Vernon for all your efforts, and also the free research and advice on two other items we had."

“I attended The Vernon Ward Antique Road Show with some fine jewelry and silver I wanted valuing. I was immensely impressed with Vernon's professionalism and expert knowledge. Furthermore, I found it a refreshing experience dealing with Vernon. Eventually, I agreed to let Vernon sell my articles and he obtained an excellent price. I heartily commend anyone who is contemplating selling any antiques to deal through Vernon because you will end up with a much higher price than going through the auction process."

"My dear friend who is in her senior years asked me where I should go to get an accurate valuation on her Cartier jewellery and watches. Having done business with Vernon in the past I had no hesitation in recommending him and she asked me if I would post this review as she was delighted with the outcome"

My daughter-in-law, living in France, chose Vernon over local French valuers to estimate and sell a collection of French gold jewellery. This consisted of gold chains, gold rings, bangles and gold pocket watches. We met with Vernon, who was most helpful and chose to instruct him to dispose of all that he considered worthwhile. I am very pleased to say that the results exceeded our expectations, and we have no hesitation in recommending his exceptional level of service. 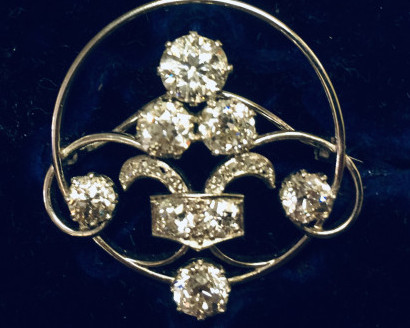 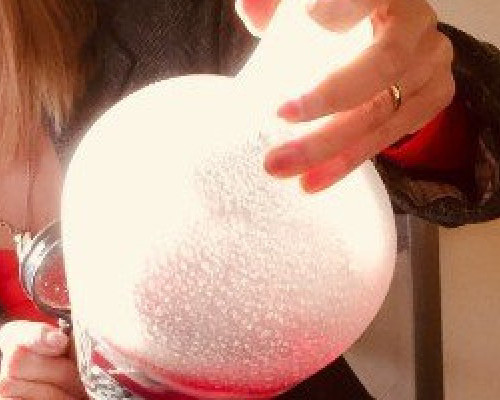 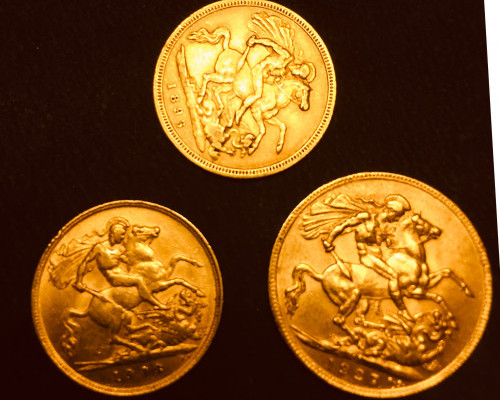